So I’ve recently started a new lightning node and thought I would give c-lightning a punt and see how it compared to my existing LND node. Now neither node has any ambitions at being a major player so I’m not suffering from the database issues that a couple of the real big boys are currently wrestling with; my motivations are purely for learning purposes.

I participate in quite a few Rings of Fire as this helps the node get bootstrapped with incoming and outgoing liquidity quickly, easily and in a decentralised fashion. For me, decentralised means not connecting to the large nodes that naturally attract liquidity and always runs the risk of being honeypots collecting data. I’ve always been on the periphery and my philosophy carries over into my node partner selection preferring plebs over suits.

Anyways, enough blabber, let’s get into the meat of this.

What am I trying to achieve?

I really wanted to use my new node to rebalance the first ring I got involved in and quickly found that converting the gold standard rebalancing script, which is made to run on an LND node to the equivalent c-lightning commands was not going to work.

So after asking around I was recommended both c-lightning plugins and clboss. The plugins have a rebalance script as part of the toolset, and clboss is a fire some funds at the node and leave it to do what it does kinda affair. As this was mainly a technical proof of concept, I focused on the hacky route to prove I could get them working before trying to productionise it.

Now by taking this proof off concept route there will be a fair bit of manual work needed to get the plugins off the ground, so be prepared.

First off we are going to create a snippet that will create some volumes for us so our work persists and make BTCPay aware of the snippet and have it integrated into the main compose file.

From the root directory of BTCPay on the host, cd into the docker-compose-generator directory and create a file called opt-add-clightning-plugins.yml and write the following into it with your editor of choice.

Next is to tell BTCPay of this new fragment and rebuild the server.

Once it spins back up we will have two new volumes created that will persist what we are about to do next in between teardowns and upgrades which both will recreate the containers from scratch. There will still be work to do should these events occur but at least they’re just watching scripts run.

Getting the code into the right places in the containers is a one-off job.

I created two shell scripts for the setup of both of these individually so you can choose if you only want to have one or the other, alternatively you can combine the following contents into one script deduping the superfluous content.

When executing, the rust setup needs manual intervention where you will enter 1 when prompted, otherwise it’s just a long boring wait.

Manual steps completed and automation in place to assist on renewal of the c-lightning container.

Let’s switch on these bad boys eh, now we’ve got this far.

We need to add a few more lines to the BTCPay compose file snippet we created at the start. I’ll put the whole file for the sake of completeness.

I needed the rebalance plugin for my needs but you get the idea that each plugin you need needs its own line referencing it to activate it on container launch. Once again, rebuild the server.

Once everything has had a chance to rebuild and spin up, you want to check there haven’t been any errors on launch, so run:

and make sure there are no errors such as:

What you want to see is a nice clean:

To summarise, Whoomp, there it is!

Or are they? Not according to the latest Government guidance in the UK. This page was updated today and still states you do not need to wear a mask at all.

As always, do your own research.

Everywhere except the Republic of Ireland it would seem, where the global pandemic seems to have passed it by. What have they done that is so special that they’ve escaped the wrath of this fatal pandemic?

A deep dive into life after every coders worst nightmare becomes a reality.

Come on Motor Trend, that's not the rhetoric of the industry. Get with the program! 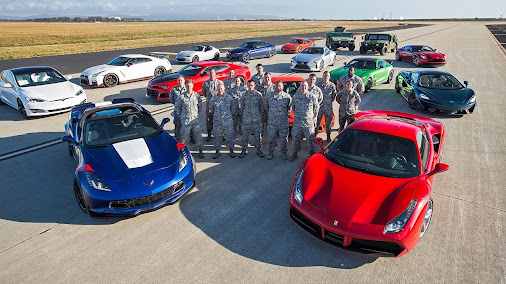 Autopilot version 3? Will becoming a chip manufacturer be a step too far for Tesla?

I feel another cross Europe road trip is in the works.﻿

This season’s Formula E schedule will feature an extra race in Berlin, after the Brussels ePrix on July 2 was officially called off.

By TJ13 contributor Oddball Today, Formula 1 was left with one less Legend. John Surtees, the only person to have won grand prix titles on both two and four wheels passed away. Surtees made is mark as a brilliant motorcyclist and dominated the top 500cc…﻿

By TJ13 contributor Oddball Today, Formula 1 was left with one less Legend. John Surtees, the only person to have won grand prix titles on both two and four wheels passed away. Surtees made is mark…