Originally published on EV Obsession. The Canadian government subsidizes the fossil fuel industry in the country to the tune of around $46.4 billion a year, according to a report from the IMF last year — with $1.4 billion of this referring to pre-tax…﻿

The Canadian government subsidizes the fossil fuel industry in the country to the tune of around $46.4 billion a year, according to a report from the IMF last year — with $1.4 billion of this referring to pre-tax subsidies, and a further $44.6 billion referring to externalized costs to society that

I’m Steve Lewis, a former Army Officer and now a small business owner. I’m putting myself forward to be the next Chief Executive of the HMRC Board. It’s about time that the Board, that is meant to scrutinise the way our Government enforce tax policy, stopped helping multinationals reduce their tax bills and started working for the British public and British small businesses to deliver fair tax for all – big and small.
I live in Crickhowell in…

I've said on many occasions that if you cast your grid wide enough, then you should be able to massively reduce or eliminate the problems associated with intermittent renewables.

Can't we just scrap it now?﻿ 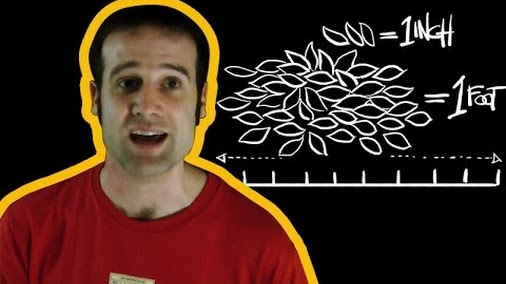 How 139 countries can reach 100% renewable energy soon – all charts available at ► http://thesolutionsproject.org/resource/139-country-100-infographics/

Below are some reasons for buying your next car electric, installing solar panels and supporting 100% renewable energy in all nations (via carbon price for example):

1.  help humanity survive since absorbed CO2 leads to ocean acidification which kills plankton.  Plankton generates 50-80% of oxygen we breathe, so without oxygen we will die ► https://plus.google.com/+AlexP/posts/gwKRRDiX3nc.

2.  help humanity since elevated CO2 levels were shown to impair brain performance of all future humans ► http://thinkprogress.org/climate/2015/10/26/3714853/carbon-dioxide-impair-brain.  Today in offices with high CO2 levels (like we will have if no action is taken), people's brain performance decreases.
3.  Help humanity as you no longer generate carcinogenic exhaust, otherwise known as smog, which kills millions of people each year ► http://goo.gl/jDj0hI and leads to lower IQ ► http://goo.gl/alNQIk and autism ► http://goo.gl/66nqwr. Also, note that  http://www.news.cornell.edu/stories/2007/08/pollution-causes-40-percent-deaths-worldwide-study-finds explains that 40% of deaths due to pollution.  Smog kills billions earlier than their normal time.  Coal fired plants generate most human emissions of mercury and arsenic in the air.

4.  save lives since you reduce heart attacks caused by traffic noise ►  http://goo.gl/Fuhvn.   Electric cars are much quieter.

5.   save humanity from oil wars that destroy the environment and kill countless civilians.  Iraq war trillions could have powered all US with solar/wind ► http://goo.gl/ZqN47.

6.  you no longer have to change oil (because there is no oil to change) or spark plugs; no more smog check either; electric cars have 60% less parts, so you will go for repairs much less.  Combustion engines are noisy and only 15% efficient;  electric motors are 90% efficient.

8.  bring the end of gas stations that poison the water wells with MTBE or other compounds leading to billions of dollars wasted in cleaning up the well water (example:  $0.4 billion settlement ► http://goo.gl/eKasZD)

9.  save money as you spend 4-8 times less money on "fuel" depending what area of the globe at the current low prices of oil.  If you have enough solar panels,  you get free CLEAN fuel for life, since you charge at home and utilities pay you for energy you put on the grid.  Likewise, Tesla Motors offers free solar ☼ charging for life ► https://www.youtube.com/watch?v=wgk5-eB9oTY?

11.  Save money since it is cheaper to buy solar panels over 5-12 years than to pay the electric bill without panels – so you save MONEY and the environment – just choose the best deal, they got 12 year loans for 2-3% interest rate – plus after 12 years you get free electricity for the next 30 years or longer if panels last 50 years.

12.  Electric car batteries and solar panels are far greener than alternatives.  Battery recycling for today's oil car lead batteries is happening at a 97% rate globally. It will be even better for the far safer lithium car batteries.   Lithium Ion batteries are classified by the federal government as non-hazardous waste.  Lithium ion batteries are made from nontoxic lithium carbonate (used in ovenware), nontoxic cobalt oxide (in pottery glaze), nontoxic graphite (in pencils), and a polymer (plastic) membrane. The most toxic components are the electrolyte and lithium cobalt oxide, neither of which are persistent in the environment and both of which are increasingly being replaced by safer compounds.  Wang Chuan-Fu, CEO of BYD, demonstrated the safety of the electrolyte in their lithium ion batteries by drinking it. Zero Motorcycles founder Neal Saiki said that the Lithium Ion batteries they use are safe to eat.

Solar is way better than coal, oil or natural gas which spew 100-1000 times more carcinogens in the environment per unit of energy produced, besides far more CO2.  How long does a solar panel system have to operate to recover the energy used for making the panel? Energy payback for rooftop panels is 1-4 years depending on type.   Assuming a life of 30 years for a panel, that means that most energy produced will be free from pollution of any sort ► http://www.nrel.gov/docs/fy04osti/35489.pdf.

13.  save time, thus money, since you are allowed to use the carpool lanes to avoid traffic if you drive an electric car, in many countries, even if there is only 1 person in the car.  ﻿

someone send an ambulance, i can't breath, can't stop laughing

Poor Dude doesn't stand a chance if he can only rely on there 'voters' to keep him in power.

Stick with it and stop letting this media spin continue.﻿

Labour leader Jeremy Corbyn is now so isolated politically that he can only call upon the support of a shadowy group of people known in the UK as “voters”, it emerged today. Facing certain defeat i…

DESIGN: How to Do a UX Review · Ways to spot UX issues and make recommendations to clients · by Joe Leech #guide﻿

Joe Leech offers a rundown on his UX review process, sharing tips about analysing data and creating personas, and setting out findings in a form that benefits clients. From quick wins to workshops, there are gifts here everyone will be grateful for.